50X50: Stories of Visionary Artists from the Collection 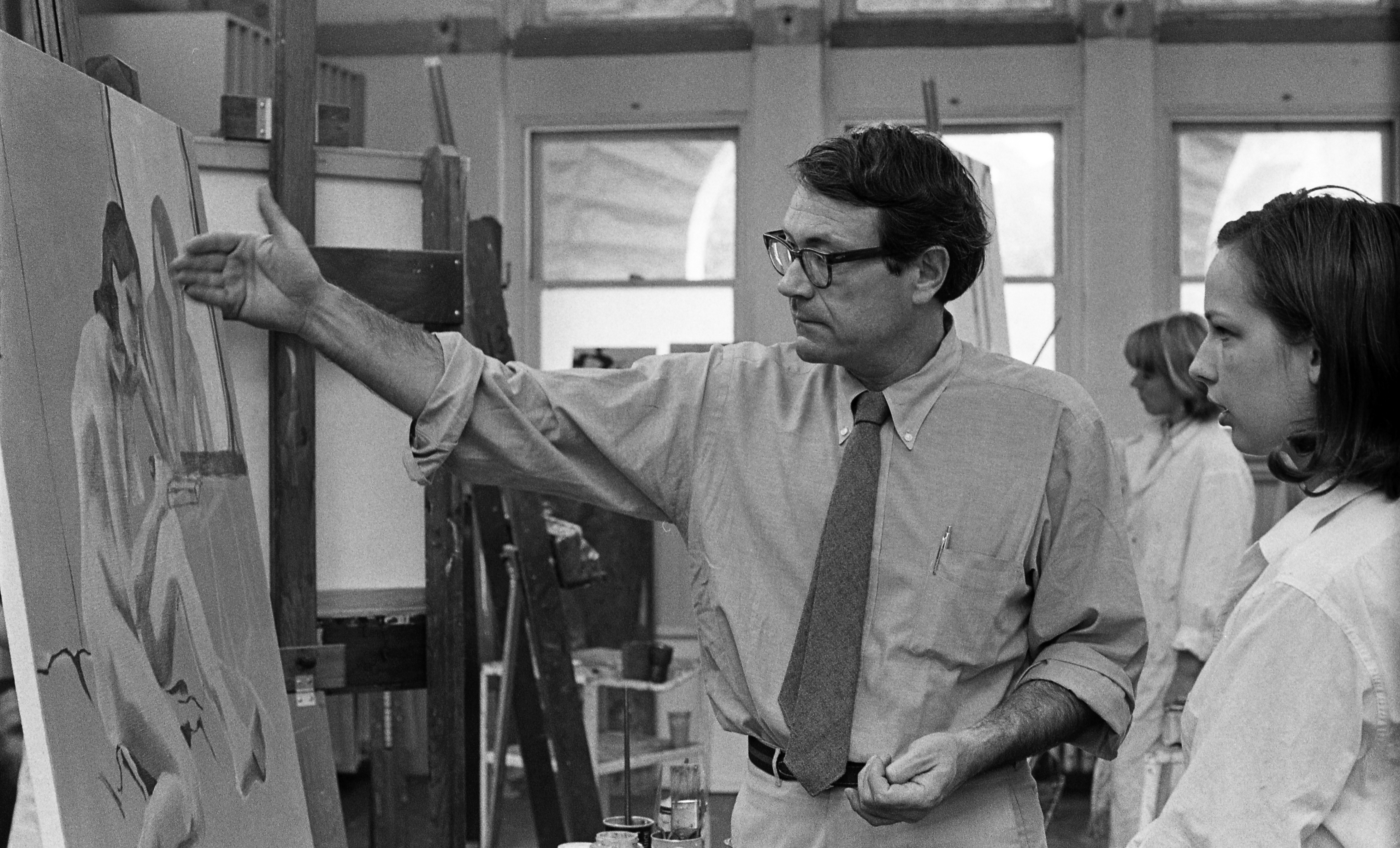 After months of working on a painting, I lost my temper and threw a bucket of white paint at it, followed by brushes—I broke one of my best brushes. That calmed me down and I stared at a destroyed painting, gashed and spattered, and began to see a few possibilities and went back to work . . . all night and into the next day. . . . I realized later that through this destructive act, I had released myself from the obligation of making a painting.